My neighbor, a former wharfie and inbred communist, threatened my physical integrity and I quote by bludgeoning with a bucket of cement, because he figured that a newly appeared scent of manure had to come from my plot, since it wasn't coming from his. Never mind that my plot had been cultivated for the previous six months, with waist-tall stalks - the brute just would not have it any other way, in his dichotomy of myplot/hisplot.

I tried to press charges for threats (in public - the whole exchange took place across the wall that divides our properties) but the National Guard, sympathetic and polite, told me that a €204 fee would be required in advance due to the nature of my complaint. The lieutenant in charge, intelligently and in proactive fashion, also advised me not to waste a good 200 bucks, for without any witnesses, in under three months the court would just close the case.

Today the same wandering piece of worthlessness, a net State receiver among some 3 million such walking leeches, missing one of his chicken, demanded that I admit to having found and subsequently absconded the fowl within the boundaries of my property. Again, his reasoning was that if his flock was short one piece of poultry, and it not being inside his land, then perforce it must lay within mine. I turned my back on him and went about my business.

My mother had to wait for six hours at an hospital ER, bleeding profusely, before she was transferred without any file, notes or patient routing slip to another healthcare unit. Both my parents are bled dry of their pensions for services they never used, and never will, mainly due to inexistence of said services.

A state trooper is jailed for nine years and sentenced to an absurd amount in compensation for killing an underage armed robber.

Two lowlives walk free and hi5 their buddies live on TV while families bury the corpses of two policemen caught by a freight train during pursuit of aforementioned, and hot-handed, "youngsters" turned alleged perpetrators.

I am weary to a point that defies lexical exertion. There are days like this. I stare at pictures of a forgotten happiness and wish for my kids to become independent away from this hundred-year old mess, so that I may finally pick my exit route.

It may come late, but it won't be disappointing anyone with a sense of humour.

- notes for foreign readers or 95% of the audience:

2. on these images, always single out the portuguese news piece (don't worry, it will do most of the work for you)

3. don't take any of this with a grain of salt. use the full pack. the health police will be thrilled.

4. Pedro, we need another cartoon. On the very day that I received 2015's first water consumption utility bill, which more than tripled due to "revision of partnership and environmental fees", and a mere two days after I learned how Barroso - and plenty more portuguese eurocrats, no doubt, will be entitled to early retirement grants some 50x higher than the local average pension (Barroso, for example will be given a yearly €132.000 when most pensioners make around €4.500) it breaks my heart to say that I have lost all the will to blog, or even to privately correspond with anyone, about the way I see things going in the near future. The plan has succeeded, castration and lobotomy are complete among the people of Pacified Europe.

I'll be taking my leave with two recent memories that I hope will stoke someone else's desire to keep these broadcasts alive. I'm out.

Oh. Before I go... just take a few minutes off your otherwise uneventful day and figure out the ratio between avg utility bill costs and avg disposable income in this fucking hellhole where you cannot really complain because after all, those poor Somalis are still dying - but what else can you do, when 3 out of every 4 neighbors of yours are in bed with the system?

I am not there; I did not die

I have nothing, I am nothing, therefore with nothing to be and nothing to lose what else may become of me but something greater - far wider mayhap - than whatever the sum of this Man's-realm dwelling could produce.

Ere lunch time, for People move and cycle and reignite their hopes and fears, trouble and desire by no other hands than those of social Time, we buried my friend's mother, laid her to forgetfulness under layers of artifice and stone, nature and compelling wood. I had considered to carry cameliae collected from those that now sprout in cascading waves across my lawn, a scarlet relic that insists on renewing its pantheon-forsaken seasons although, should I be stumbled upon dead and gone by first light tomorrow,  my left index finger will no longer be said to sport a dull, but stolid, steel wedding band as it once had around the weeks and months it took for the flower bush to root, settle and flourish.

We have dishonored the whim of disobedience, we have been paid for it to crumble and so we worshipped its slow-motion, frame by frame disaster that blended into a pale, grotesque, parody of tribalized chaos ratified by central-planned bureaucracy. Every barber has now closed shop, and the servants stalk their masters on every roundabout, nook, cranny, and pond.

These days of ours are like much abandoned loam gone forever without even the most base of base bacteria to support its swellling. The land implodes under a burgeoning heart, and it reeks of dystopia.

The crux of our misery is that few among the few will read, let alone "translate" and understand, and nary a soul will realize, what I am ranting about, a matter which stands shy of describing, or deciphering, the reasons for the collapse of peripheral societies like that of Portugal.

A box is laid unto the ground. Within our minds, a sunset beckons and fingers point toward the horizon, but every single soul cannot be helped but to stick its undelivered gaze upon the fingers, while the beautiful colours play and swirl and commingle and dance and sway the minds of those who happen to stroll close by, driven by the wise foreseeing choices of their forefathers.

We do not know, we do not spell. The world remains as locked by intellectual contraptions unattainable to the socially neophyte, as it did back in the day when hundreds of people would do 3000 km non-stop trips, just to get home in time for August festivities and hand out a few packs of chocolate milk among the village children, thus garnering plenty of remembrance points.

Do not stand at our grave and weep. We are not there. We do not sleep. We can remember much forgetfulness.

This article from The Atlantic is so perfect and clear-sighted that I should paste all of it here.

The european emperor has no clothes

It is unfair to pick on Portugal but its public and private debts are 380pc of GDP - the highest in Europe and higher than those of Greece - making is acutely vulnerable to toxic effects of deflation on debt dynamics.

Portugal's net international investment position (NIIP) - the best underlying indicator of solvency - has reached minus 112pc of GDP. Public debt has jumped from 111pc to 125pc of GDP in three years. The fiscal deficit is still 5pc. The country's ranking in global competitiveness is close to that of Greece.

"The situation in Portugal is very different," says Paulo Portas, the deputy premier. Sadly it is not. Once you violate the sanctity of monetary union and reduce EMU to a fixed-exchange system, the illusion that Portugal is out of the woods may not last long. Markets will test it.

...this blog is going to be work in progress for the foreseeable future. So many issues need to be addressed from scratch, so that an unbiased and objective bigger, wider, steadier, deeper, not a picture, but more like a movie on "our" slippage from a poor but growing (and free) country to this dreamlike (and poorer) suspended animation -  can come to fruition.

So bear with us (yeah, there will be more than just me ranting around here) while we don't find anything else to waste our time on, and before the henchmen know we're doing it ;)

Easy even for Greeks, right?

Oh and don't forget: this blog is open for anyone wishing to drop their occasional 2 cents. 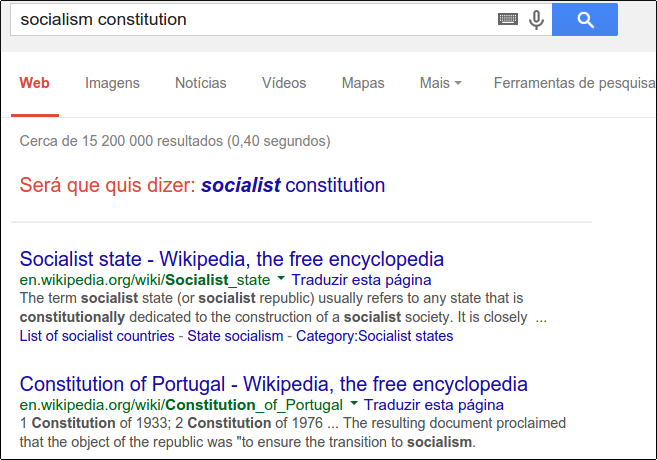